In November 2018 we started installation on site at the new European Medicines Agency HQ project in Amsterdam. This new 20+ storey office block was originally planned for Canary Wharf, London but was moved to Amsterdam post Brexit result. We are delighted to have followed the contract to work with two European steelwork contractors in a joint venture which, whilst challenging with different fiscal and legal obligations, it’s also exciting to be part of such a prestigious contract.

With over 34,000 m2 of Metfloor 80 and 80,000 shear studs on the project, it’s good to see that our site operatives are progressing well with the project into 2019 with the first few floors finished and under concrete. We expect to be on site through until June 2019.

Sales and Estimating Director, Daniel Fulton commented ‘after a lengthy tender and negotiation process, we were pleased to see this project become live and it has been exciting watching the works progress. This is Northern Steel Decking’s first major project outside of the UK and Ireland and hopefully the first of many to come in the future’ 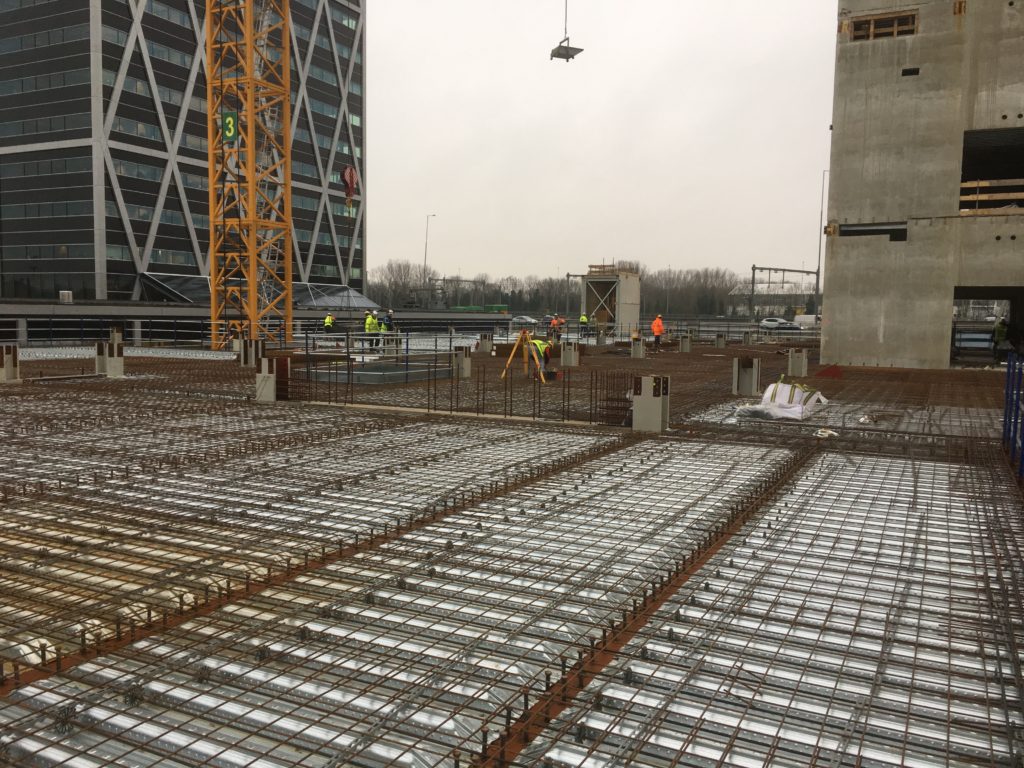 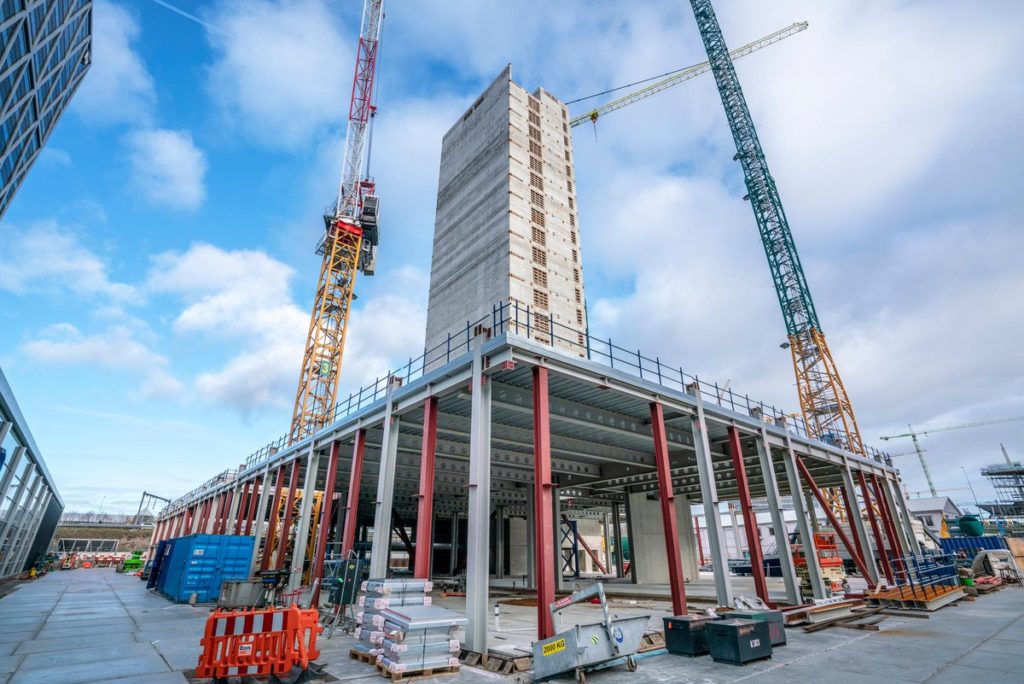