NSD are delighted to announce that Sales & Estimating Director, Daniel Fulton has this week joined the ‘10 year club’.

Joining back in 2008 as an Estimator working in our Scotland Office, Dan has continued to show hard work and loyalty to NSD over the years. He became Sales & Estimating Manager in 2013 before being asked join the board of Directors at the company in August 2016. Dan is a credit to the business and we wish him many congratulations on his achievement of 10 years continuous employment at Northern Steel Decking Ltd.

The NSD Loyalty scheme was introduced by Managing Director Jack Fulton in 2016. The 10 year award means qualifying staff will receive a bonus payment, 2 days additional holiday per year as well as a certificate of acknowledgement for this fantastic achievement.

Dan joins the growing list of people in the ‘10 year club’: 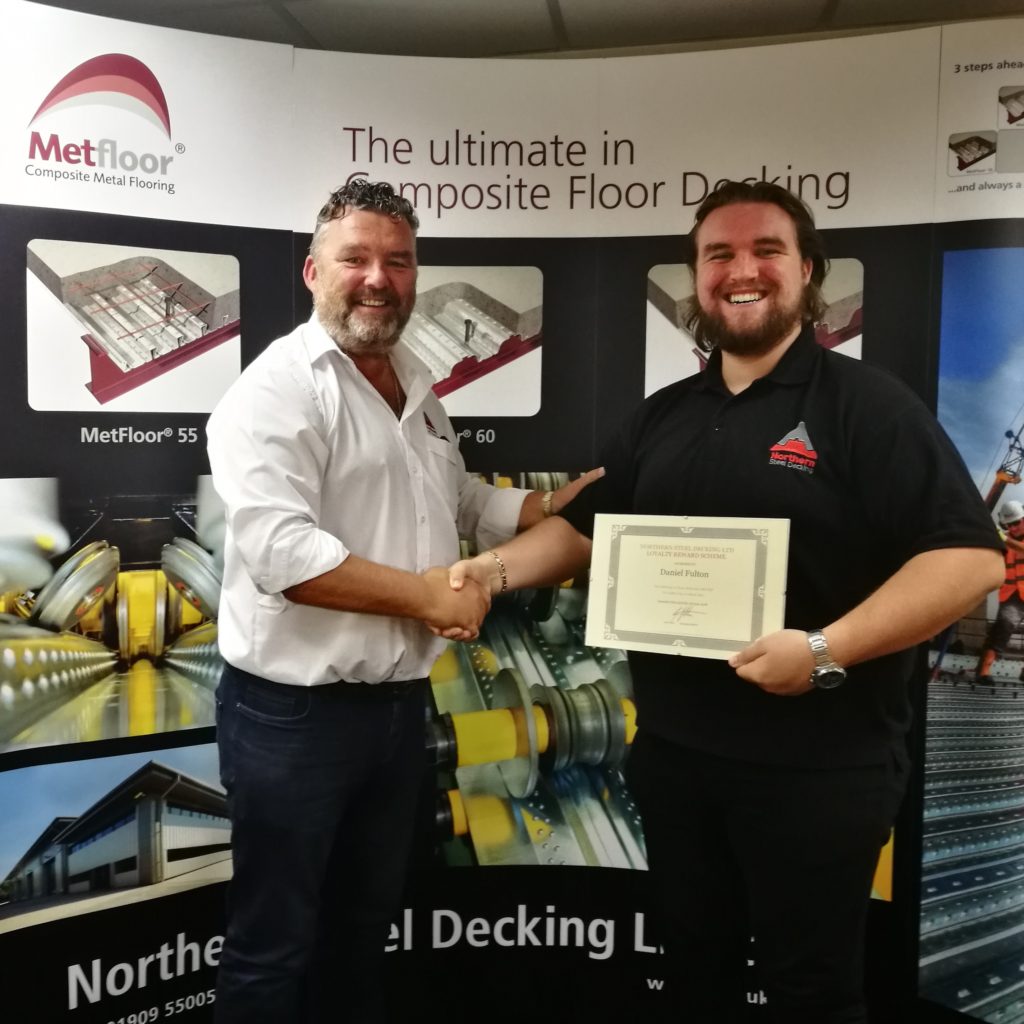 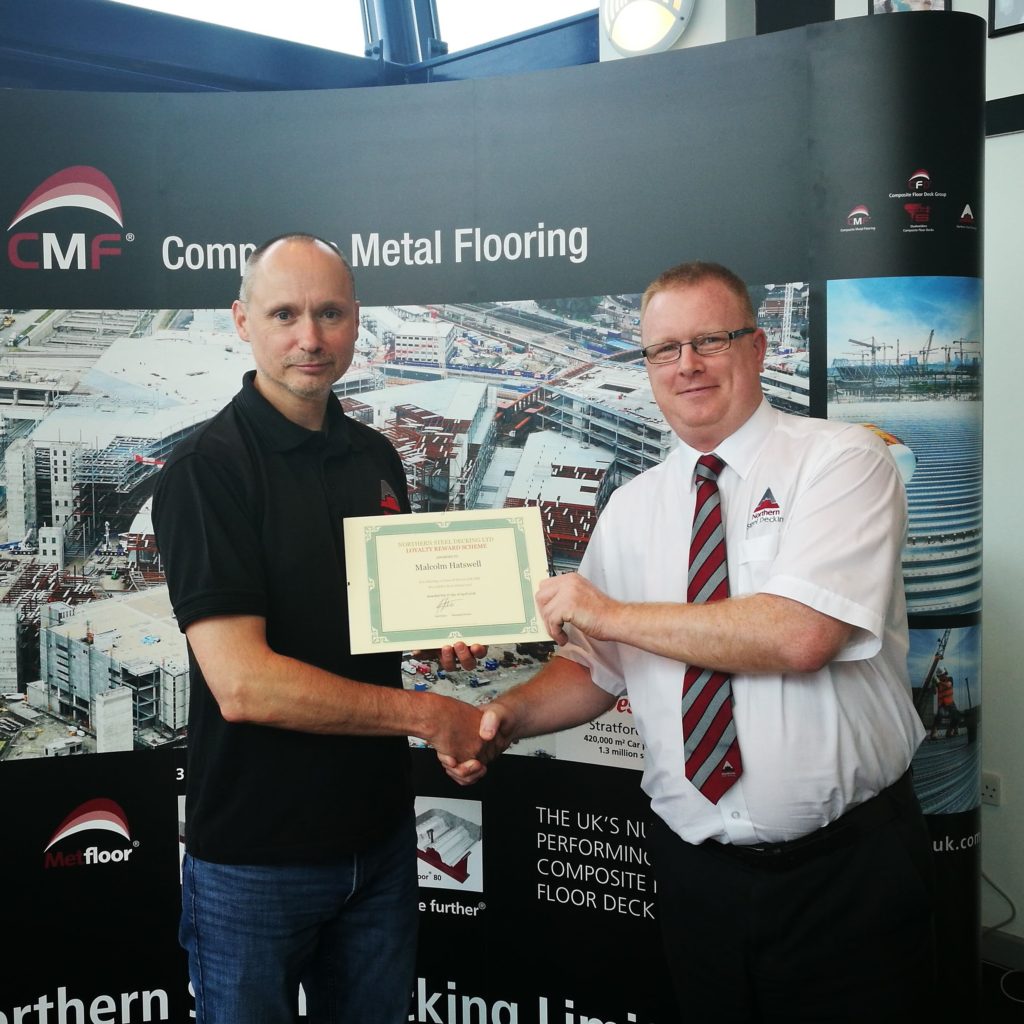 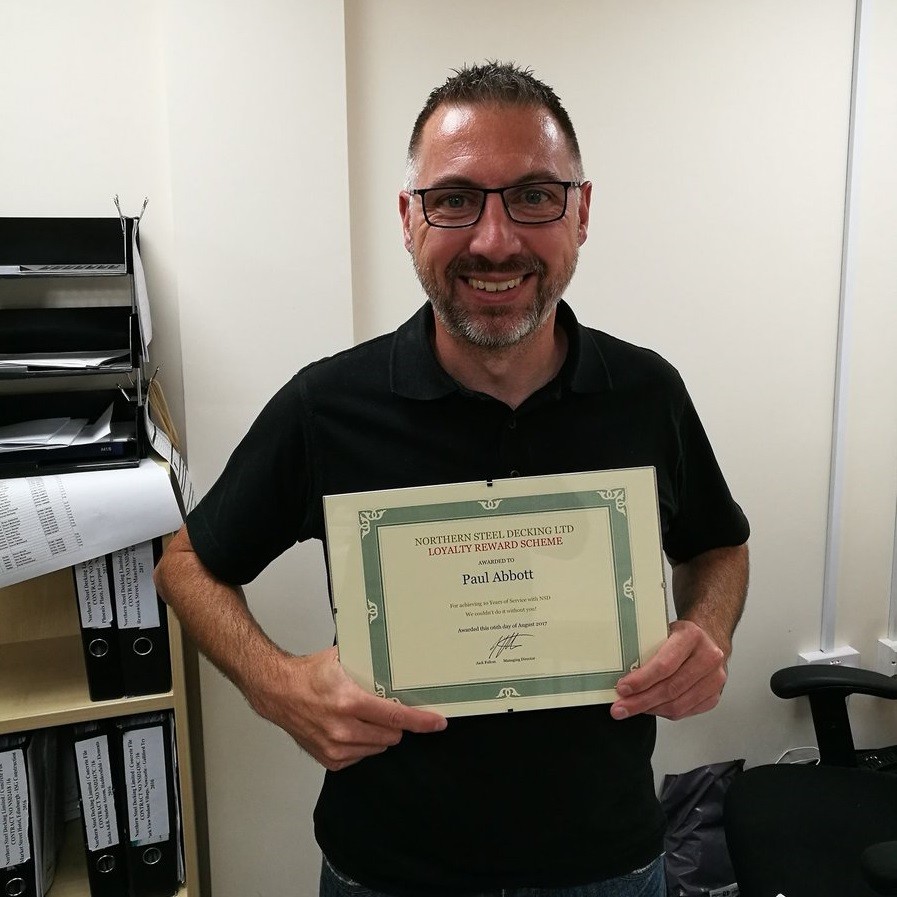